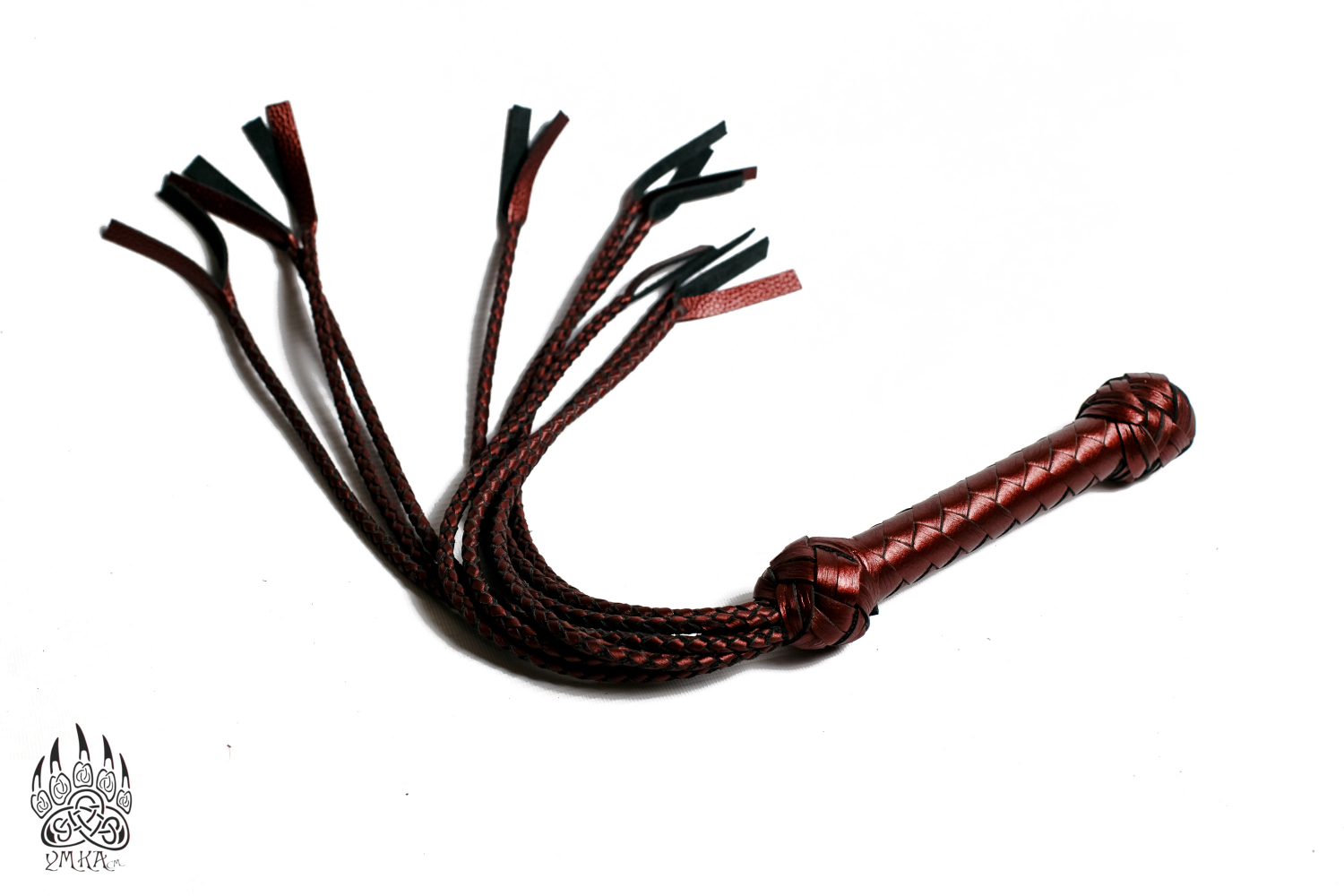 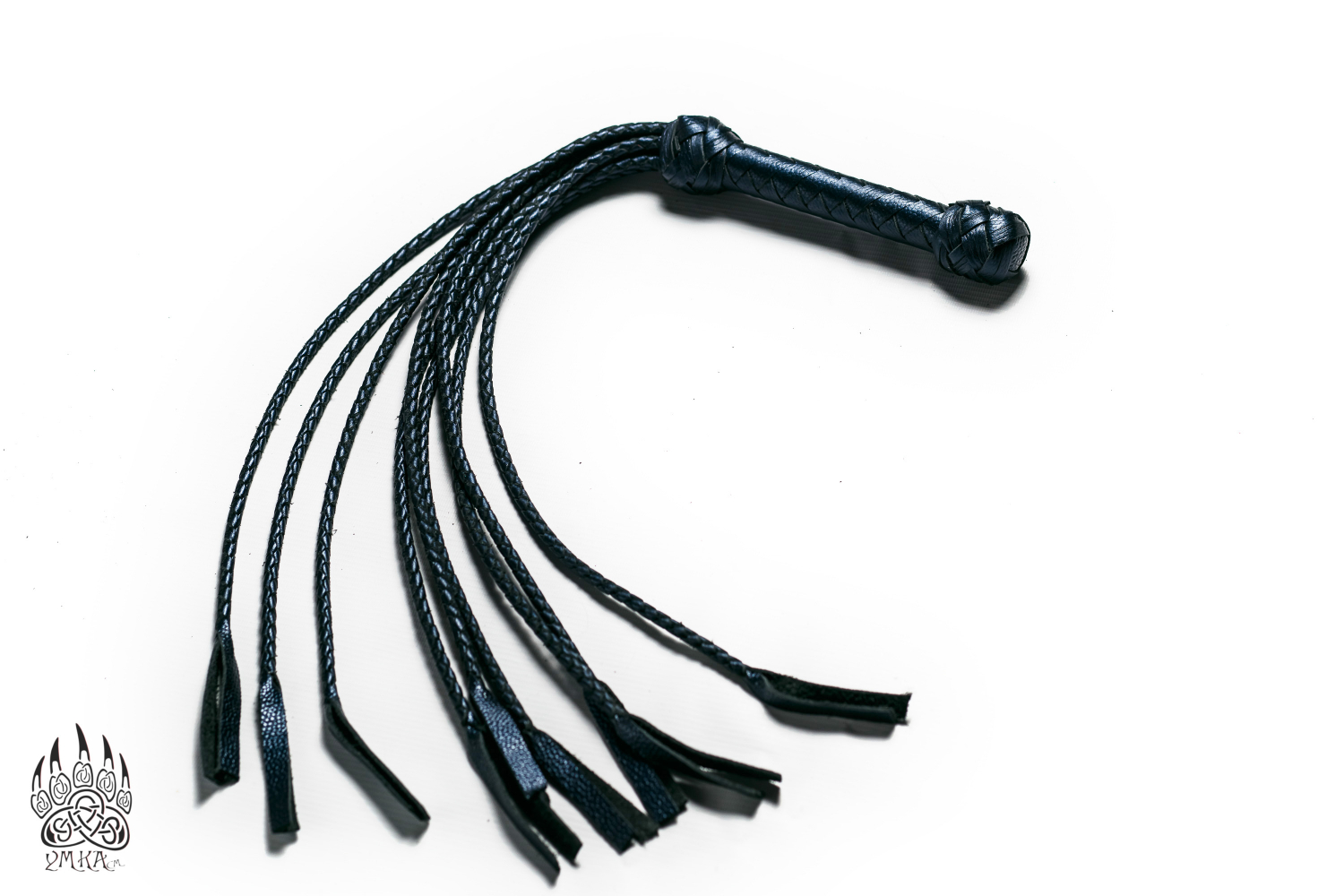 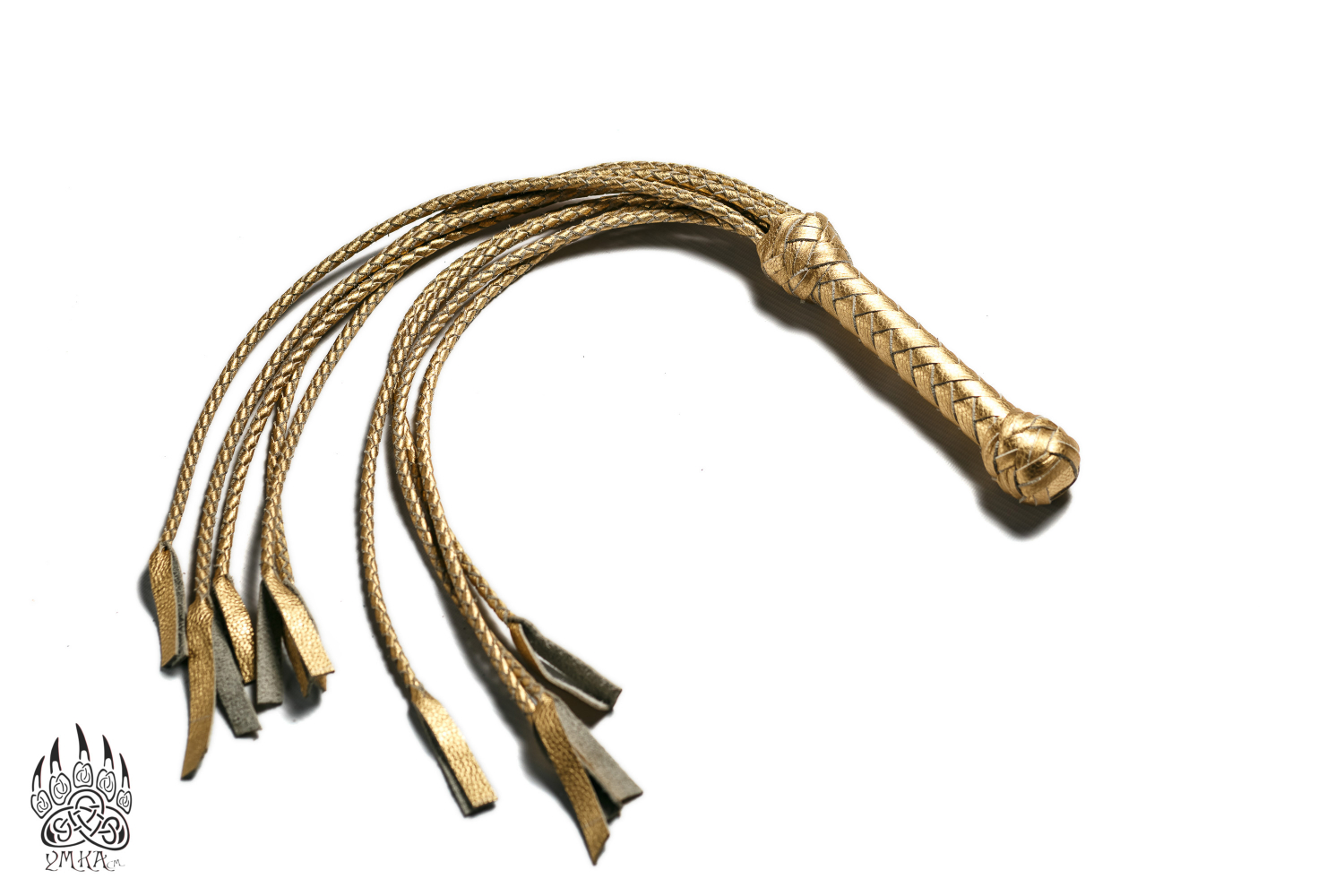 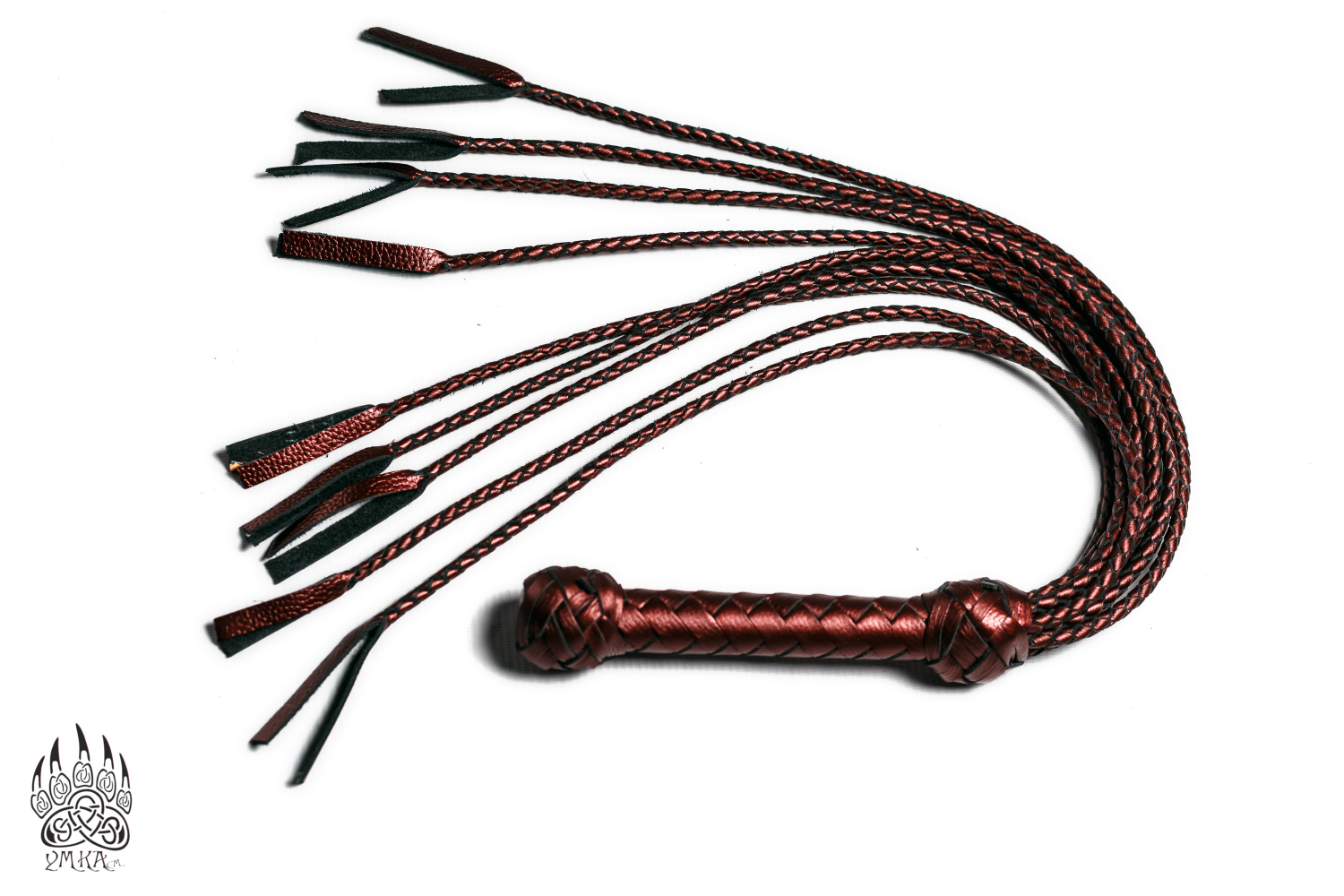 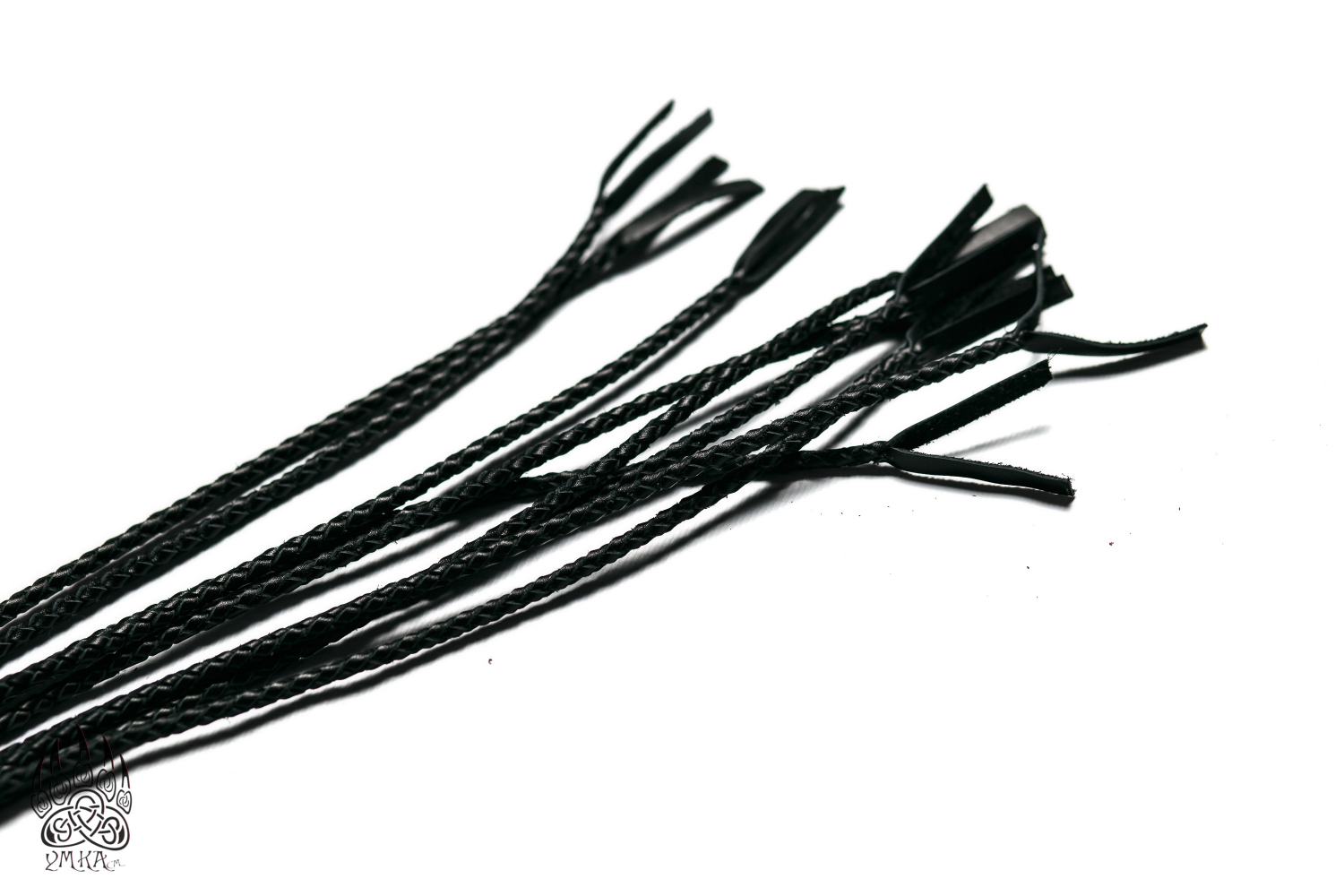 Polytail whips are a source of sweet pleasure for masochists. If you dig around well, you can find many kinds of such lashes, for almost every taste. However, the most popular of them are cats and seven-tails. Some Masters insist that any variations, African and seven-tails, are all the same cats. Others defend the right of the seven-tails to be a separate independent device.

The Cat and The Seven-Tail: Design Features

The classic cat consists of a handle, braided with leather, and tails with voluminous weaving. At the end of the tails there may be tassels, pointy pieces of leather, or flappers made in the form of blades. There are cats and with buds of roses at the end. True thematics call it rather a decorative device, since it is not very convenient in work. The number of tails in a cat varies from three to twenty and even more. The classic version of a cat is with 7-10 tails.

The seven-tail is similar in its design, however, it can also have a closer – the flexible part between the handle and the tails. Since this is not a mandatory attribute, it is quite difficult to distinguish the seven-tail from a cat. This is what serves as an argument for the fact that this is just a variation of the cat. The end of the hemlock is usually the same as that of the cat: a bundle with tassels, pointy pieces of skin, or flappers.

The many-tailed whip with a flat weave at the end has received the cute name "cat's paw", because its blow is softened, like a cat's paw. And yet, such tips can be at any multi-tailed lashes.

The Cat and The Seven-tail: Rules of Exposure and Whipping

A cat with tassels at the end can be both a shock and a warm-up device. That is, the Sadist begins to spanking with light blows, taking only tips, and then proceeds to strong puncture blows with a swing. The alternation of different sensations – almost strokes and severe pain – makes flogging a cat a special pleasure.

Seven-tail is rarely used to warm-up, as it is believed that the tails in this whip is heavier. Masters claim that the seven-tail can have silicone or leather cores inside each tail. Even with brushes at the end, such a seven-tail will beat much stronger than any device.

For the impact of a cat or a seven-tail, the back, buttocks and hips are most often chosen. Sensitive skin on the inside of the thighs, ribs or chest (even for men) are not the most successful areas for working with a cat. However, in many cases it will depend on the pain threshold of the masochist, and Sadist's skills. Intuition and the ability to feel a partner during the spanking with the many-tailed lash will also be useful. 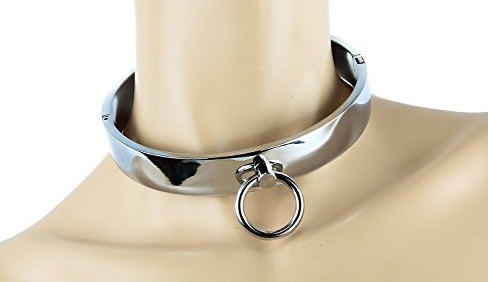 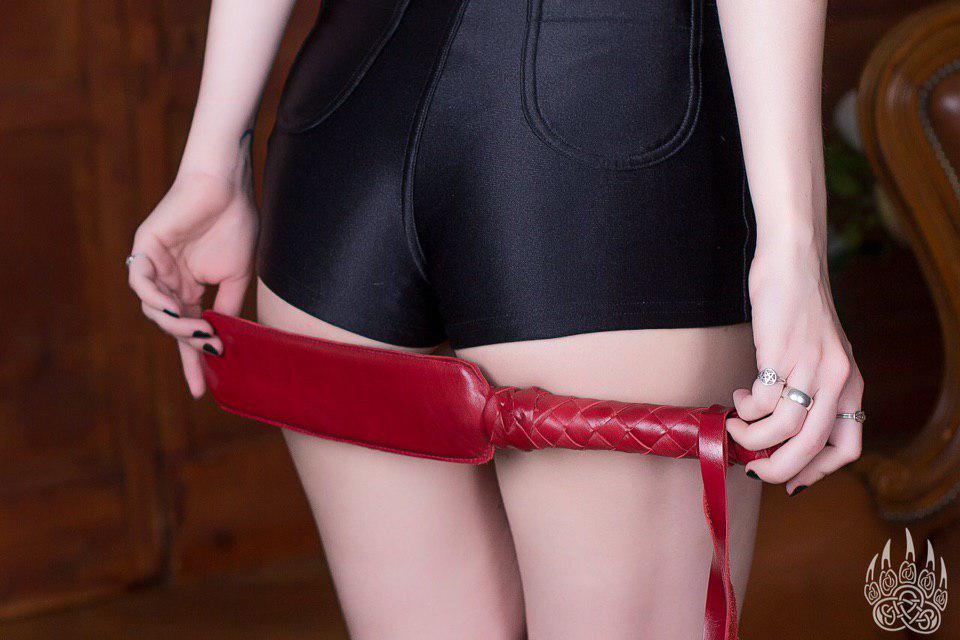 Paddle as The Easiest Spank Device