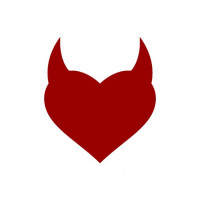 FetLife was founded in January 2008 by John Baku from Montreal, Quebec. The website was deliberately designed to resemble an online community rather than a dating website. For example, there is no search function to search for users with specific preferences. The social aspect predominates in the community, but the sexual aspect is explicitly included.

On July 7, 2016, FetLife temporarily removed the ability to register new user accounts. The reason was suspected that FetLife was responding to various allegations of doing too little against users accused of r**e or sexual abuse. According to Baku, the focus will be on current members rather than on recruiting new members. Furthermore, the support team was overwhelmed with the number of inquiries and complaints. In the meantime, registration has been reopened, but required an invitation from a paying member. In the meantime, unlimited registration is possible again, but requires confirmation with a mobile phone number.

In early 2017, FetLife deleted large amounts of content, including anything related to a*****l or drug use, racial games, hate speech, profanity (e.g. i****t), game types that leave permanent injuries, and most importantly, simulated r**e or k********g. The background to this were complaints from credit card companies to FetLifes Bank. Despite these measures, FetLife can no longer process credit card payments.

On March 14, 2017, FetLife was included in List C of Media Harmful to Young Persons by the Federal Testing Office for Media Harmful to Young Persons. Users can create a new profile and list their gender, age, role and sexual orientation, including the fetishes and who they are. Users can upload pictures and videos, write blog posts and exchange private messages with other notices.

The users can be group groups in which different topics will be. It can also be political events, conventions, workshops, parties and get-togethers. The gender distribution is relatively even among European users: Among members with at least five friends, 54% identify themselves as cis-male, 40.5% as cis-female, and the remaining 5.5% are split between other genders. About 45% of the users are straight, only 5% describe themselves as exclusively gay or lesbian.