What Is the Difference Between Kink and Swinger Parties? 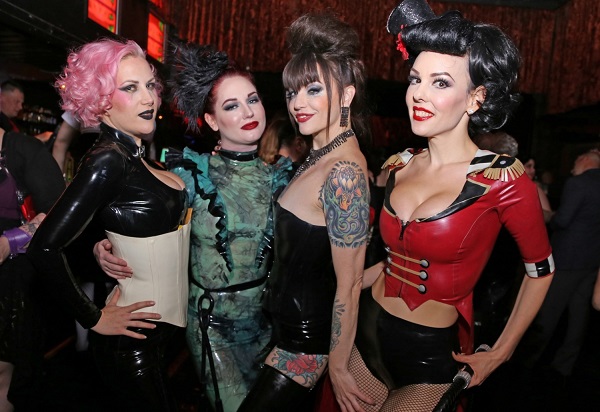 Even more confusion arises when it comes to swing and kink parties. After all, they also have quite a lot in common: sexual practices, a large community of people, mutual agreement. Meanwhile, both events and members of these communities differ quite strongly.

As a rule, these are closed events "for private guests" and invitations are sent out personally. A beginner can receive such an invitation only on the recommendation of an existing member of the community or a specialized club. The letter indicates all the basic rules, dress code, place and time. If the rules are not described in detail, they should be clarified.

For example, at kinky parties, selfies and photos are quite acceptable, but exactly until other guests get into the frame. At swing parties, the use of the telephone is strictly prohibited.

As for the dress code, kinksters usually have a strict rule on the nudity of the genitals (this is not allowed) or the presence of a certain item of clothing. It can be a party theme, for example, hosiery, or a feature of this particular club. Swingers will not succeed in staying in clothes unless a towel is allowed and then not for long.

Despite the fact that voyeurism is kink activity, it is at kink parties that there are more stringent rules regarding what is allowed to be viewed and what is not. You should ask if you are welcome, even if the action takes place in an open play area. And permission is asked from the Top partner.

A swing party suggests that everything that happens in an open room is available for observation by any participant, but if the door is closed, then it is forbidden to go there.

Consent is also the foundation of both communities, but the question is how you will receive it. Kink parties suggest pronouncing consent out loud. Always. Well, almost always. An exception may be only a long acquaintance and a preliminary agreement that does not require additional confirmation.

At a swing party, just being in the activity zone is enough. If you are near, you already agree, and no one will ask you anything.

Another important point: if you do not understand something, ask. There are no stupid questions. But to do something that puts you or others at risk is stupid. Have fun, but do it wisely.

Fetish Parties: What Is It and For Whom?